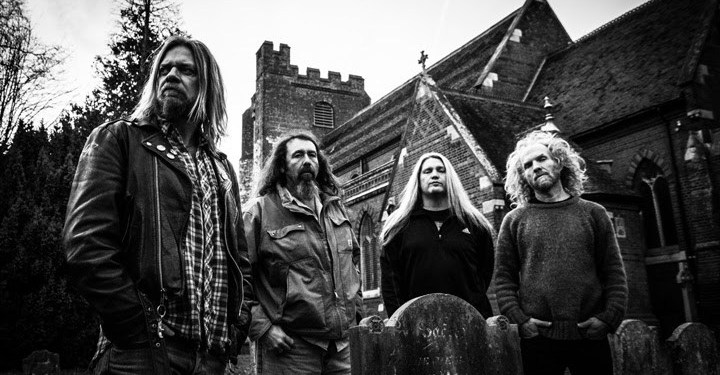 "Corrosion of Conformity (short C.O.C.), one of the first punk metal fusion bands, was founded in North Carolina by guitarist Woody Weatherman in the early 1980s. C.O.C. were known in their early years for their aggressive sound, their clever political lyrics and their willingness to turn away from hardcore and metal conventions. Their shift to a more essential and reduced sound (kind of a deep-South Black Sabbath) in the 1990s brought them closer to the alternative metal zeitgeist and gave them some favors within the mainstream scene.

C.O.C.'s debut was the 1983 thrashy and BLACK FLAG influenced "Eye For An Eye", which brought the lineup Weatherman, drummer Reed Mullin*, vocalist Eric Eycke and bassist Mike Dean to the screen for the first time. They laid the first stone of their cult after the 1985 release "Animosity". However, their former label did’nt cope with the band’s internal instability - Eycke had to be replaced by Simon Bob - and gave them up after "Technocracy" (1987). It took several years until a new lineup could come together - with Weatherman, guitarist Pepper Keenan, Mullin, vocalist Karl Agell and bassist Phil Swisher - but it finally resulted in the release of "Blind" (1991), a powerful, focused, metallic record which significantly increased their audience. Agell got fired after this success and later founded LEADFOOT with Swisher; meanwhile, Keenan became full-time vocalist on the even more Sabbath inspired "Deliverance" (1994) which also saw the return of original bassist Mike Dean. In 1995, Keenan made a short detour to the southern metal supergroup DOWN (also featuring PANTERA's Phil Anselmo and members of CROWBAR).

Thanks to a change in popular taste in favor of the ultra heavy side of alternative metal which helped the band getting established, C.O.C. found a bigger fan base than ever before with the release of "Wiseblood" (1996), expanding their rock radio success even further. After a long break from recording and a tour with METALLICA, C.O.C. came back in autumn 2000 with a new album entitled "America's Volume Dealer". Another break followed, where they delivered the live album "Live Volume" in 2001. The band came back only in April 2005 for the harsh and complex "In the Arms of God". C.O.C. had another break (members were involved in several side projects) until 2010, when drummer Reed Mullin rejoined the band, reviving the lineup of "Animosity" while Pepper Keenan stayed with his other band DOWN. The remaining trio started to work on new material and released the eponymous eighth record "Corrosion of Conformity" in 2012. Their ninth album, wisely named IX, came out in 2014.

Rumors keep saying that the legendary southern rock band would one day reunite to blast the scene once again. Ladies and gentlemen, the waiting comes to an end. CORROSION OF CONFORMITY are back with "No Cross No Crown" - an album that lets one think, no time passed between "In The Arms Of God" and today." ~ Nuclear Blast Records